Experience the Sights and Sounds of Madrid

As the AG Bell Global Listening and Spoken Language Symposium draws near, we wanted to share some lesser known facts about Madrid to help you get excited about your travels. We’re willing to bet that you’ll learn at least one new thing and we hope this inspires you to explore the wonders of Madrid and come back with much more knowledge about the city.

After the death of Spanish dictator Francisco Franco in the mid-1970s, Madrid began a transition to democracy and experienced a cultural movement known as la movida. This movement unleashed a wave of creativity and exploration in a way that profoundly shaped the identity of the city and its people. Madrid today is a city with endless nightlife, tapas bars and restaurants as far as the eye can see, and a people who have embraced the spirit of la movida as uniquely their own. This mentality has remained intact over the years and some of the expressions that were coined then, such as Madrid me mata (Madrid kills me) or Madrid nunca duerme (Madrid never sleeps) are still used to this day.

The Spanish royal family does not live in the royal palace or Palacio Real. For years now, the royal family has lived in the Palacio de la Zarzeula, but still occasionally uses the Palacio Real for official royal ceremonies. But that’s common knowledge in Madrid. Madrileños might be surprised if you didn’t know that even prior to your first visit. It’s open almost year-round to the public for tours. While you likely won’t see any members of the royal family at the palace, you will be able to wander through 50 palace rooms. So, what’s the lesser known fact? There are actual 3,418 rooms in the palace and just under 1.5 million square feet, giving it the title: largest palace in Europe based on square foot.

If you’d like to see a little bit more of Madrid but want to see the palace then consider a tour with AG Bell. We’re offering an insider’s introduction to Madrid on foot and by coach. You’ll wander through the historical Austrias neighborhood, passed the San Miguel market and through Plaza Mayor, and more. Then board a coach to see the charming streets of Madrid, past the Paseo del Prado and the Royal Palace. Prices are 78€ per adult. 39€ per child and include transportation and private tour by a professional guide. For more info, please click here.

Madrid has the best collection of Francisco Jose de Goya y Lucientes (Goya) artwork in the world. For those of you who don’t know Goya (1746-1828), he was a Spanish romantic painter and illustrator who became celebrated for his work capturing the effects of French invasion and the consequences of war. Born in Aragon, Goya began his career as a cartoonist in the Real Fabrica de Tapices (Royal Tapestry Workshop) in Madrid and later become court painter under Charles IV. In the 1790s, he became ill—some suspect from an autoimmune disease—that left him permanently deaf. He then went on to paint and illustrate some of his most famous pieces and his work today can be found all over the city. Here is a list of places you can find his work just in Madrid:

Parque del Buen Retiro is a city-favorite for many reasons. It’s chock-full of history and is a constant bustle of life—especially on the weekends. Madrid’s oldest tree lives here and is said to have been planted in 1633. Nearby, La Rosaleda (Rose Garden) houses over 4,000 roses, which bloom every May and create a tapestry of pastel petals. The garden sits off to the side of one of the world’s most well-known monuments to Satan (there are only three in the world), known as El Angel Caido (the fallen angel). Oddly enough, this monument is located 666 meters above sea level. Easily, the park’s focal point is the lake which attracts many locals and tourists alike. Rowboats can be rented at the northern side of the lake but on the southern end, you’ll find a Madrid treasure, the Fuente Egipcia (Egyptian Fountain). Legend has it that the fountain, complete with sphinxes made of white limestone, covers a fortune that Felipe IV buried here.

AG Bell has partnered with a Madrid tour group to offer a joint tour of Retiro Park and the Reina Sofia Museum. Experience Madrid’s modern art museum in the morning and after a coffee break in the museum’s café, continue across the street to Retiro Park to learn more about the park’s history. The tour is on July 1st from 10 am – 1 pm. Prices for tickets are 71€/adult, 35.50€/child.

Madrid is a place of legends and there’s so much to see and do while you’re there. We encourage you to wander down a less traveled road and discover something new. You never know what you might discover.

Send us an email and we'll get back to you, asap. 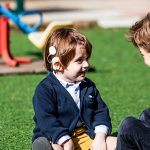 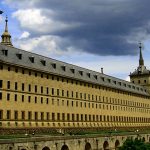 We use cookies in order to better understand how this site is being used. By continuing to use the site, you agree that is OK. Learn more